Driver shortages surge, expected to jump up to 40% in 2022: new IRU survey

Surveying more than 1,500 commercial road transport operators in 25 countries in the Americas, Asia and Europe, IRU found that truck driver shortages increased in all regions in 2021 except Eurasia. 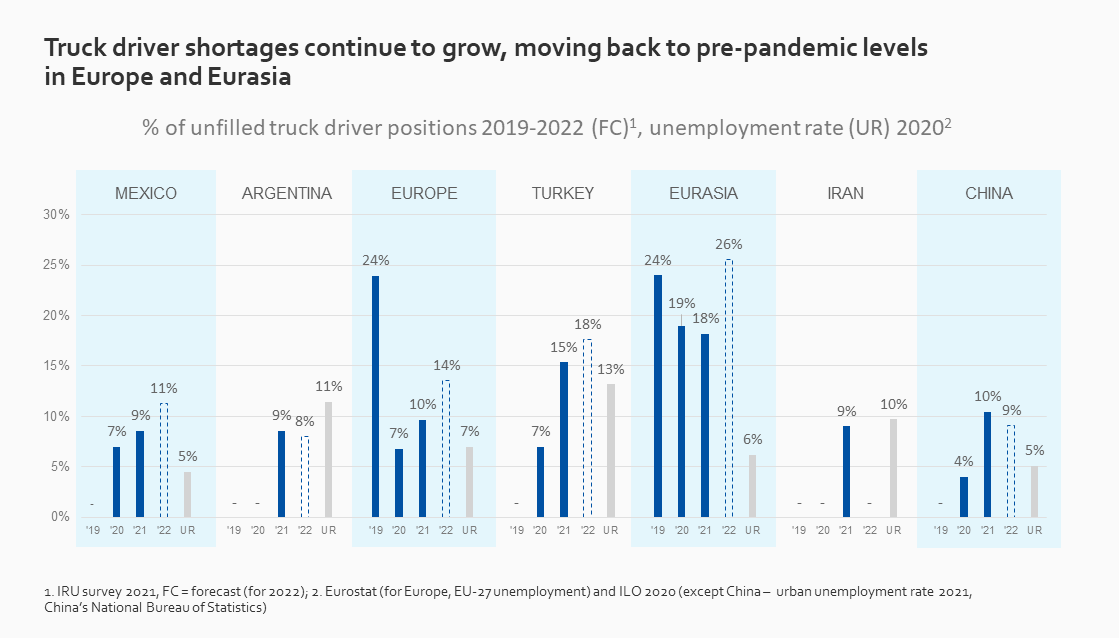 Looking ahead to 2022, while firms in Argentina and China forecast slight improvements, operators in most regions expect truck driver shortages to keep increasing: Turkey by 15%, Mexico by 32%, and Eurasia and Europe by 40%.

In passenger transport, 7% of bus and coach driver positions were unfilled in 2021 in Europe. Operators expect this to reach 8% in 2022 in the countries surveyed.

Women still not in the driving seat

Less than 3% of truck drivers were women in 2021 in all regions, with notable exceptions in China at 5% and the US at 8%. The rate of women bus and coach drivers in Europe was even better at 12%. However, these rates are all still well below transport sector norms, especially in Europe and the US where 22% and 28% of all transport workers respectively are women.

Young drivers under 25 remained a small minority, at 6 or 7% of the truck driver population, in most regions. On the other hand, there are between two and five times more older drivers over 55 in all regions, except for China and Mexico. In the US and Europe, older drivers make up around one third of the workforce. Europe has the highest average driver age, at 47.

The widening age gap is more serious for passenger transport. In Europe, only 3% of bus and coach drivers were under 25 in 2021, half the rate of the overall transport sector. Drivers over 55 however were 32% of the workforce, with an average driver age of 50. 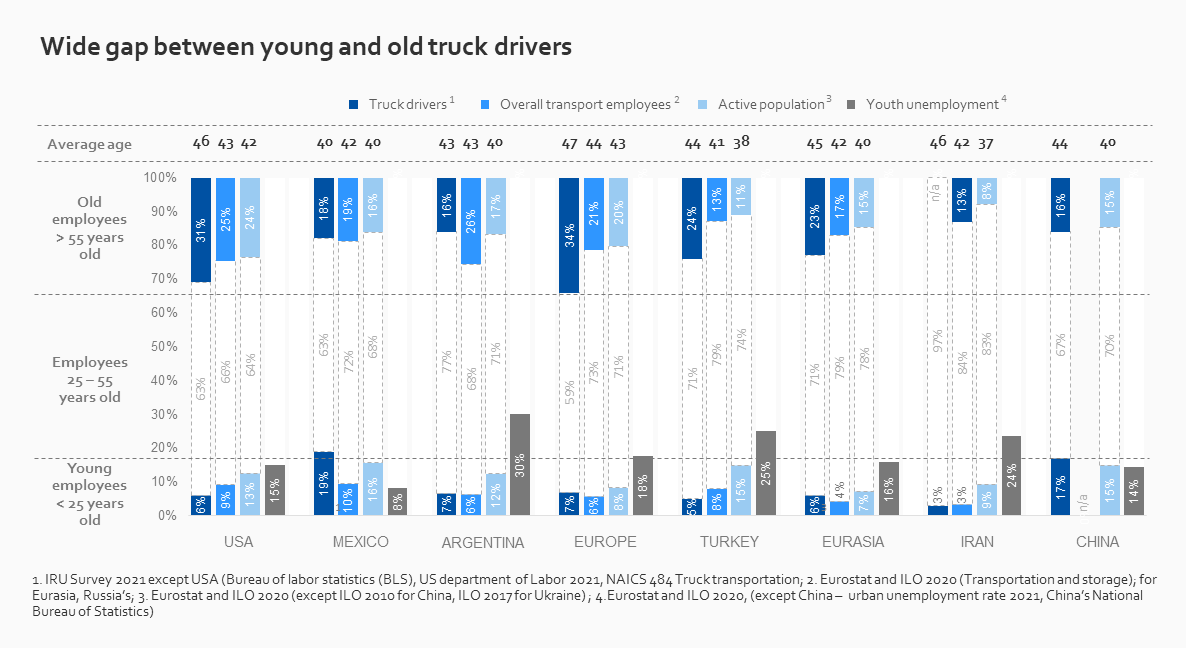 According to road transport operators, the current driver shortage crisis is caused by a lack of skilled drivers in all regions, except for China and Turkey, which cited driver conditions and the profession’s image respectively as the main causes.

Unlocking the potential of road transport through diversity and inclusion 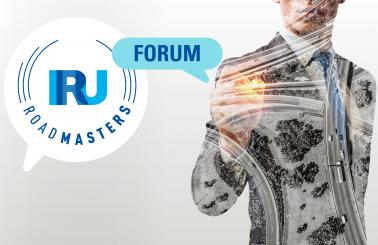 Watch the replay of our latest RoadMasters Forum to see how diversity and inclusion can help companies deal with driver shortage.