In the run-up to the IRU World Congress, we talk to FEAFFA’s John Mathenge and Wanja Kiragu from the East Africa Online Transport Agency, to hear about their expectations for the event and how it might benefit their members and the wider road transport industry of the East African region.

For your members who are attending the IRU World Congress, what are their key objectives? What key takeaways will they be looking for?

WK. Key takeaways would be understanding how to build and sustain a transport business in a competitive multi-modal market environment. Learning about new developments in transport – e.g. fuel efficiency technology – and other areas where technology can be engaged to increase efficiency and reduce costs. They will gain insight into better driver management and asset management. They will also benefit from building networks with transporters from other regions, especially in Africa, for potential business partnerships.

This is a global event in the Middle East. Are there any particular regions or countries that are key to the growth of your and your members’ businesses?

JM. Our members hope to be able to source a wider market for trucks – in particular from Asia and Europe. Also, the main import sources for East Africa are Europe, Asia, China and Japan. The logistics operators in East Africa want to connect with logistics operators in these regions in order to get more contracts to move those goods once they arrive in East Africa. Obviously the Common Market for Eastern and Southern Africa (COMESA) and Southern African Development Community (SADC) are also very important to us.

WK. The greater East, Central and Southern Africa region is key. Networking with transport services from these regions would enhance the ability to match return loads and expand areas of operation. Operators will be able to use the Congress to join forces to provide coordinated transport services for their clients. For example if a client in Kenya wants to import from South Africa, using the network, we can link the load to a South African based transporter and further match the same transporter with a return load back to South Africa.

The greater East, Central and Southern Africa region is key. Networking with transport services from these regions would enhance the ability to match return loads and expand areas of operation.

What are the current challenges for commercial road transport in the region?

JM. I would say the lack of harmony in the implementation of laws, regulations and procedures is very challenging. An example of this is the management of axle load – or vehicle weights – with varying technologies and procedures that are difficult to comply with. There are significant infrastructure challenges, alongside limited use of risk management by the enforcement authorities, and the requirements for container deposits add significantly to the cost of doing business in the region.

WK. The current directive by the Government of Kenya to move all upcountry cargo via rail means many of the transporters whose main routes were moving goods between Mombasa port to destinations within Kenya are now finding themselves with significantly reduced business. Other challenges include limiting road infrastructure that creates traffic jams at major trucking routes. A good example is the Mai Mahiu route, which serves the Northern Corridor, where traffic jams are now a rule rather than the exception.

What insights and best practices can the region offer to other parts of the world and vice versa?

JM. We have a strong record on training and self-regulation and robust public-private partnerships. Also the regionalisation of the Authorised Economic Operator programme – which means that an operator who is authorised for special arrangements in one East African country is automatically recognised and receives the same benefits in every other country in the region – has been very successful in facilitating more regional trade.

We have a strong record on training and self-regulation and robust public-private partnerships.

WK. The region is embracing load matching via platforms such as ours – www.eaotransport.com. This means that access to loads is becoming easier for transporters, thereby reducing idle truck time.

What are the current geopolitical shifts that are likely to impact most significantly for East African countries?

JM. Generally speaking, regional trade is likely to be boosted by various developments. The realisation of the EAC Common Market and the proposed monetary union with eventual full rollout of the Single Customs Territory in EAC will have a major impact. Also, developments to establish a harmonised transport regime via the EAC, COMESA and SADC tripartite agreement – on which IRU is advising – would standardise regional transit significantly. The recent decision to implement the Africa Continental Free Area mega trade pact will boost intra-African commerce and lead to important development gains, while the construction of One Stop Border Posts in East Africa will see a reduction of time spent on administrative procedures, reduction of transport costs, and increase of revenue collection and trade.

WK. The adoption of a true Single Customs Territory (SCT) where borders for goods are non-existent will impact trade amongst the countries and reduce costs for movement of goods from one country to another in the EAC region. The current adoption of SCT still faces significant restrictions that indicate the existence of ‘borders’ and not a single territory. It is important that the region adopts innovations such as TIR to improve the transit experience and timing of goods with limited border engagements.

It is important that the region adopts innovations such as TIR to improve the transit experience and timing of goods with limited border engagements.

What has changed in the last five years in the region and what in your view are the biggest changes that will affect road transport in the region in the next 5 – 10 years (e.g. technology, regulatory environment, etc.)

JM. There is increased automation which, for example, has enabled both operators and regulators to do more in terms of GPS tracking of vehicles.  We are also seeing the introduction and implementation of regional standards which facilitate international transport, but will require significant changes to be adapted by the industry. The recent upgrade of rail connections will see this mode compete seriously with road. Quite rightly, we also foresee that there will be more and more interest in safety. And of course the growing exploitation of oil and gas in the region will have a big impact on trade, the economy, and the logistics sector in particular.

The recent upgrade of rail connections will see this mode compete seriously with road.

WK. The last five years have seen the introduction of new rail systems in the Port countries of Tanzania and Kenya. Further, there has been significant changes in customs such as the introduction of the Single Customs Territory, and the change of customs systems, as in the case of the Integrated Customs Management System (ICMS) in Kenya. These developments indicate a willingness by Governments to promote efficiency in the customs and freight forwarding space. However, engagement with users, and specifically transporters, has sometimes fallen short and there are lessons to be learned from other global practices. A good example is the introduction of the Electronic Cargo Tracking System (ECTS) where costs for purchase and subscription were passed on to the transporters with no significant incentives but significant added cost.

The next 5 – 10 years are critical to road transport as transporters re-position themselves in the light of the entry of new rail systems. This will see many adopting a position that will enable them to handle last mile transport alongside rail. Further, to ensure survival, transporters will need to lobby actively for increased efficiency to enable them to increase trips through faster truck turnaround times and fewer incidences of hurdles such as traffic jams.

...to ensure survival, transporters will need to lobby actively for increased efficiency to enable them to increase trips through faster truck turnaround times and fewer incidences of hurdles such as traffic jams.

Equally important is the continuous adoption of innovative systems such as ours – www.eaotransport.com - to increase work for transporters and create a sustainable road transport industry. The transport industry needs to be supported to ensure its sustainability. A region with inferior transport services is likely to suffer increased costs and limited access to goods.

The changing logistics industry: Africa, India and the Middle East

No more running on empty

Bringing road transport up to speed

John Mathenge is the founding Executive Director of Federation of East African Freight Forwarders Associations (FEAFFA) and has been at the helm for the past 7 years. He is an Economics graduate with training in business management, freight logistics management and trade facilitation. Before joining the regional Federation, John served as the Executive Officer of the national association of the Customs agents and freight Forwarding industry in Kenya, KIFWA. His experience spans over 22 years in the freight logistics industry. He is presently championing the professionalisation of the freight logistics industry in East Africa. 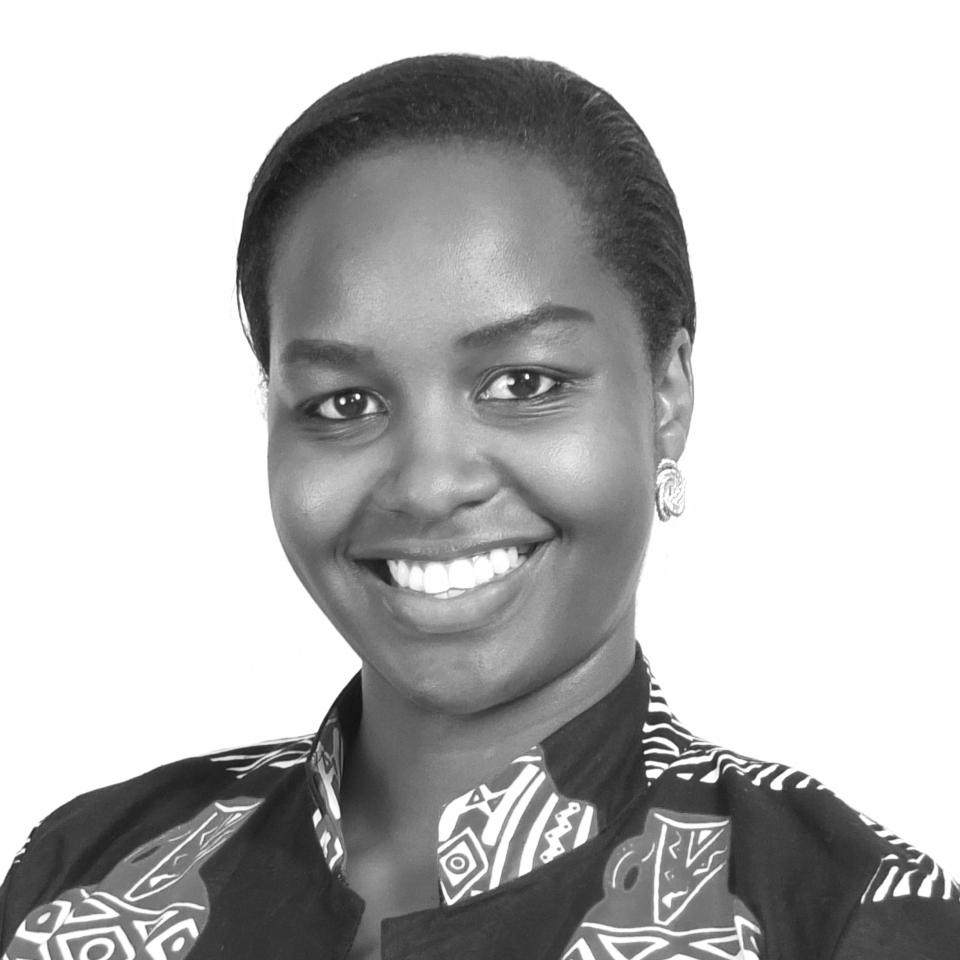 Wanja is a co-owner and head of operations at East African Online Transport Agency Ltd (EAOTA), which is a logistics service company utilising a web based platform – www.eaotransport.com - to facilitate fast, secure and efficient access to transport for cargo owners and access to cargo for transporters. The platform matches cargo to available transport. EAOTA’s service supports the Mombasa Port Charter that aims to achieve an average of 120,000 km per truck per annum.

Wanja holds a MBA and a BSc. in International Business Administration. Prior to EAOTA she worked in private sector development, consulting for key growth sectors like agribusiness and microfinance.