Dr Rand Hindi on how AI will come into play as automation, digitalisation and connectedness transform the future.

Back in the 1880s, when electricity was first becoming available for people’s houses, it was very disruptive. It was expensive, hard to produce, would cut out all the time, and it was dangerous. People were getting electrocuted and houses were catching fire. Many people preferred to stick with the old technology of oil lamps, on the basis they were safer.

But as domestic electricity matured, it became cheaper, more reliable, and safer. Eventually, it was everywhere, in our walls, lights, cars, phones, and even our bodies. It became ubiquitous and we simply stopped noticing it.

The exact same thing is about to happen with connected devices.

The point we’re at right now is that we’re like Pavlov’s dog. We have become conditioned to expecting updates on our devices, be it emails, text messages, Instagram likes, or any number of other things. We have an addiction to the small dopamine hits we get each time we see a notification. It has become so all-consuming that today, 9 out of 10 people experience “phantom vibrations”, when you think your phone has vibrated in your pocket, when in fact it hasn’t.

Annoyingly, we often get the same alerts on several devices. When someone calls your phone, it also rings on your computer and probably your tablet too. Sometimes it actually keeps ringing after you’ve answered it on one of your devices.

The Internet of Things means everything will be connected, from watches to cars, and from kettles to fridges and cookers.

And they will all send notifications. The symphony of pings and alerts could well be as overwhelming as the first iterations of domestic electricity.

AI to the rescue

But just as electricity has become invisible, so will all that tech, thanks to Artificial Intelligence and specifically the human-centric domain of AI called ‘context-awareness’.

It’s about giving devices the ability to adapt to the nuances of the exact situation we find ourselves in. It’s about figuring out which device to push notifications on. It’s about working out you are late for a meeting and notifying people for you. It’s about knowing you’re on a date and deactivating your non-urgent notifications.

It’s about keeping you connected while giving you back the freedom to experience the real world again.

AI can already learn to play video games and beat world champions, so it’s just a matter of time before they reach human level intelligence. There is an inflexion point, and we are just about to cross it.

What will actually happen?

To give you a flavour, our phones and computers will be smart enough to know which device should receive the notifications, so we’ll only get one ping.

Our cars will drive themselves, already knowing the destination and the time you need to be there.

Our beds will monitor our sleep and will be able to anticipate when we will wake up so that we have freshly brewed coffee ready in the kitchen. It will also connect with the accelerometers in our phones and the electricity sockets to determine how many people are in the bed and adjust accordingly.

Our alarm clocks won’t need to be set; they will be connected to our calendars and beds to determine when we fell asleep and therefore when we need to wake up.

Our phones will know when we’re on the way home from work so will switch that box you put your dinner in from being a fridge to a cooker, so the lasagne is piping hot at just the right moment.

Technology will become so deeply integrated in our lives and ourselves that we simply won’t notice it anymore. AI will have made technology disappear from our consciousness, and the world will feel unplugged again, which is ironic given our historical parallel of plugging things into electric sockets.

What does is mean for road transport?

This is where it gets interesting for the road transport industry.

If you run a train network, you’d have access to predicted passenger flows so you can ensure there are always enough trains running. Traffic lights will adjust based on self-driving cars’ planned routes. Power plants will produce just enough electricity, saving costs and the environment.

And smart trucks finding the best route based on current and predicted traffic, and weather conditions. They will communicate with the authorities based on their knowledge of when they will be at the relevant checkpoints, based on journey times. They will also be able to communicate with other transport modes to minimise delays, and with the shipper to make inventory management even more efficient. They will generate diagnostic data which will be transmitted to headquarters, which in turn will automatically arrange for the right maintenance at the right place.

At the IRU World Congress, Dr Rand Hindi will discuss how we are making this happen and how it will help transform your business. 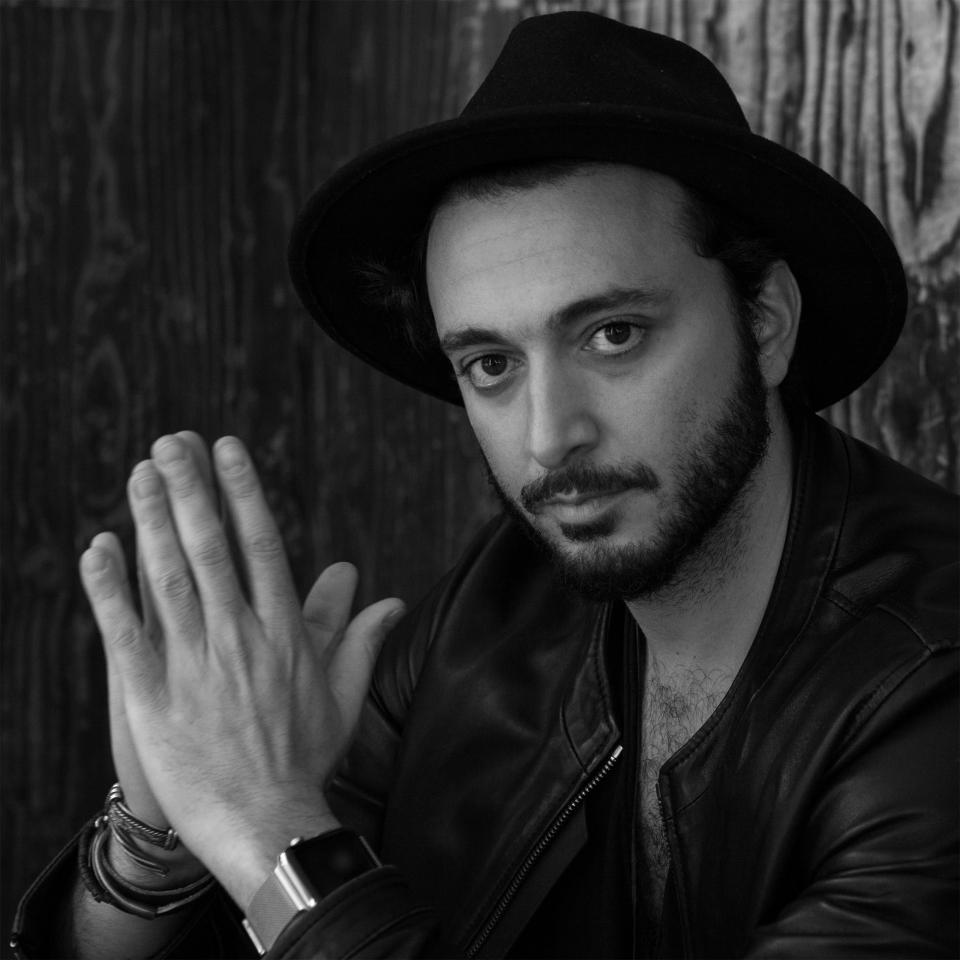 Dr. Rand Hindi became an entrepreneur and data scientist early in life. He started coding at 10, founded a social network at 14, a web agency at 15 before getting into machine learning at 18 and starting a doctorate degree at 21.

Today, he is the founder and CEO of Snips - the first General Data Protection Regulation compliant voice platform.

He was named one of the world’s top under 35 innovators by MIT Technology Review, and a "30 under 30" by Forbes magazine. He lectures at Sciences Po in Paris, and was a member of the French Digital Council focusing on artificial intelligence and privacy.

He holds a Bachelor degree in Computer Science and a doctorate in Bioinformatics from University College London, along with two graduate degrees from Singularity University in Silicon Valley and THNK in Amsterdam.