IRU’s General Assembly, transport councils and other statutory meetings have wrapped up in Geneva this week.

Strong member engagement saw nine candidates standing in the goods transport council for five positions on the Presidential Executive (Board), a solid indication of member commitment.

The General Assembly welcomed 12 new members who have officially joined since the last assembly in May this year, another strong sign of confidence in IRU’s future.

Christian Labrot said, “I am enthusiastic and honoured to continue my mandate as IRU President for the next term. The industry has never been more exciting and having clear leadership for IRU never more important.”

A forum of both transport councils looked at how innovation is reinventing the industry, and the challenges and opportunities ahead for road transport operators. Speakers included Uber’s Marius Macku, autonomous mobility and innovation specialist, Gonzalo Alcaraz from BestMile, and Javier Escribano from OnTruck.

Other highlights included discussions on the current expansion of the TIR system, with implementation continuing apace in newly ratified countries China, India and Pakistan.

Nabil Salim Al Bimani from ASYAD, IRU member in Oman and host of the IRU World Congress next year, invited IRU members to the event which will be held in November.

Christian Labrot
Christian Labrot has a distinguished career in transport, which started in 1979 at BWV, the German Association of Professional Transport Companies and Shippers.  He was appointed Managing Director of BWV in 1990 and became Secretary General of the German Federation of Economics, Transport and Logistics (BWVL e.V.) in 1995.

Mr Labrot has served as a member of various IRU Commissions for many years, including:

Mr Labrot studied economics at the University of Bonn, Germany (Rheinische Friedrich-Wilhelms-Universität), specialising in transport economics, where he graduated in 1979. He holds an MA in Economics, is happily married, and is the proud father of two children. 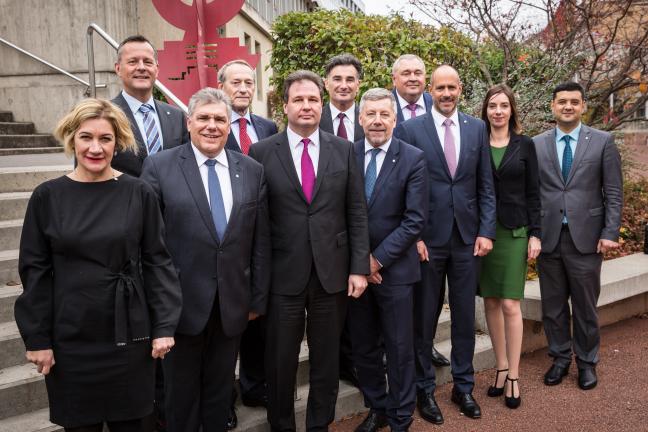 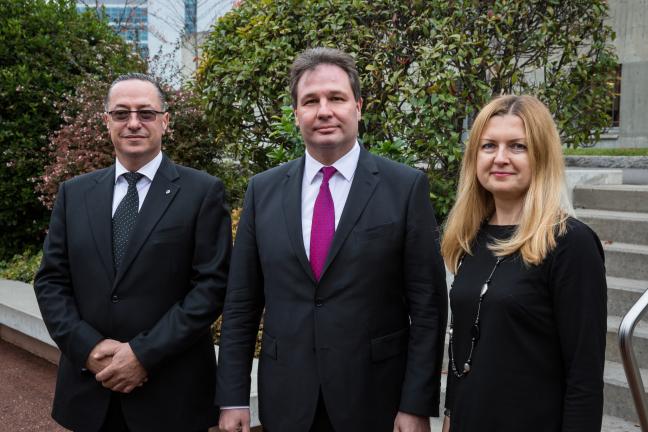