Nikolay Anatolevich Asaul, Deputy Minister of Transport of the Russian Federation, in conversation with IRU.

It should be noted that Russian-Chinese cooperation in the field of road transport has been developing year on year – despite problems in earlier years. Along with the high level annual meetings, business ties are being actively developed between authorities, road carriers and their associations in the neighbouring regions of Russia and China.

In 2016 a new route for road transport operations from China through Kazakhstan opened for Russian carriers. The volume of goods transported by road between Russia and China subsequently increased by 22%.

The growth in absolute volumes of exports resulted in an increase in their relative share from 53.1% in 2015 to 60.4% in 2017. In the last two years, Russian exports exceeded imports from China for the first time.

In 2016, the share of Russian road transport operators on the market was about 81% and the volume of cargo transported by them increased by 29%. Almost all of this growth is due to Russian exports. During the first half of 2017 the growth trend of bilateral road transport of cargo has continued. In general, the volumes increased by 13.7%.

Currently, one of the most discussed initiatives related to the creation of a future Eurasian space is the ‘One Belt, One Road’ (OBOR) concept. A large-scale forum dedicated to the initiative was recently held in Beijing. The concept draws on the ancient Silk Road, which stretched across Eurasia and connected the thriving hubs of that time, including those located in Russia and China.

In May 2015, Vladimir Putin and Xi Jinping signed a Joint Declaration on Integration of the Eurasian Economic Union (EAEU) and the Silk Road Economic Belt. In 2016 the EAEU Member States approved a list of priority issues for the integration of the EAEU with OBOR in terms of transport and infrastructure – which is seen as crucial to the implementation of the initiative. These include both well-known proposals, such as the construction of the Europe-Western China road corridor, as well as smaller projects.

“Russia therefore sees the future of the 'Greater Eurasian Space' not just as the establishment of new links between states and economies. Rather, it could change the political and economic landscape of the continent and become the basis of peace, stability, prosperity and a fundamentally new quality of life.”

Russia’s location at the crossroads of Europe and Asia means that within the context of the world market, it is a transcontinental economic bridge for providing trade routes between the European, Asian-Pacific and South-Asian economic systems. Due to the agreements between the EAEU and Asian countries and the European Union, there is only one customs area, which greatly accelerates and simplifies the movement of goods.

While TIR is the only global transit system, it can also be successfully used at the regional level. TIR is now fully accepted in Russia and allows goods to be transported under customs guarantee with a single document along the whole route from Asia to Europe, which is highly relevant for the implementation of the OBOR initiative.

Although China has acceded to the TIR Convention, we await clarity on the timing of practical implementation for cargo transported by road to and from China, in particular for Russian transport operators.

Nevertheless, even if all the necessary procedures under the TIR Convention were implemented in China in the near future, there remain certain issues for road carriers seeking to operate freely between Russia and China due to the fact that routes and border crossing points are still strictly controlled by bilateral agreements between China and its adjacent countries. Therefore, border crossing procedures are not necessarily the main factors constraining trade via road transport in the region. While TIR would boost trade, other barriers related to transport need to be addressed in parallel.

In order to accelerate the practical implementation of the UNESCAP Agreement, a joint seminar involving the Russian, Chinese and Mongolian authorities was held in late August 2017 in Ulan-Ude. The outcome was positive. A new Russia – Mongolia – China economic corridor will allow cargo to pass from China to Russia through Mongolia in just four days. On the Russian side, this is especially important for Siberian and Far Eastern regions.

How would you assess the current state of infrastructure at existing and potential border crossing points? Is traffic capacity sufficient? Are they modernised, with scanning facilities and digital procedures?

Based on the analysis of checkpoint capacity and the results of an evaluation conducted as part of a project on “Systematic Measures for the Development of International Cooperation and Export”, a list of priority border crossing points has been proposed for infrastructure improvement. However, despite the fact that the actual capacity of border crossing points at peak periods is exceeded, in general, these crossings are presently capable of providing facilities for the international transport of goods. Due to planned further active development and expansion of international road transport operations, however, all border crossing points will require updating, in order to avoid traffic and delays.

China gets set for TIR 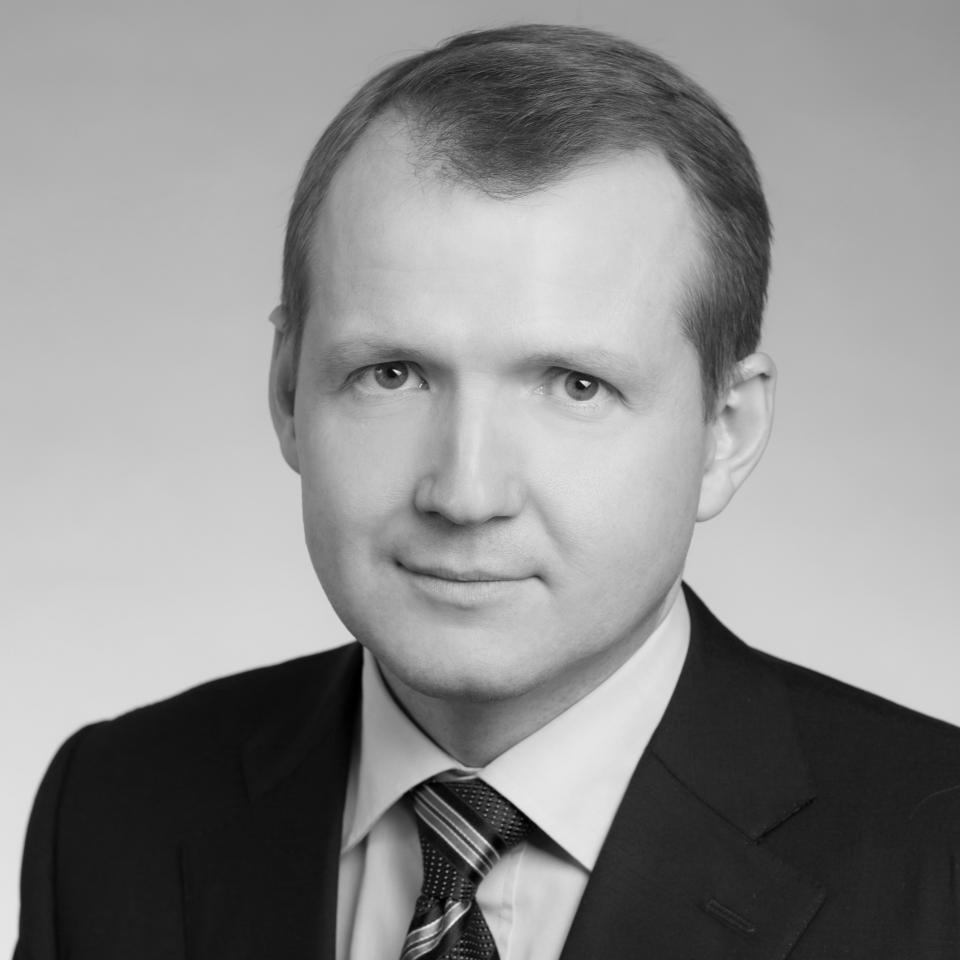 “Russia sees the future of the 'Greater Eurasian Space' not just as the establishment of new links between states and economies. Rather, it could change the political and economic landscape of the continent and become the basis of peace, stability, prosperity and a fundamentally new quality of life.” 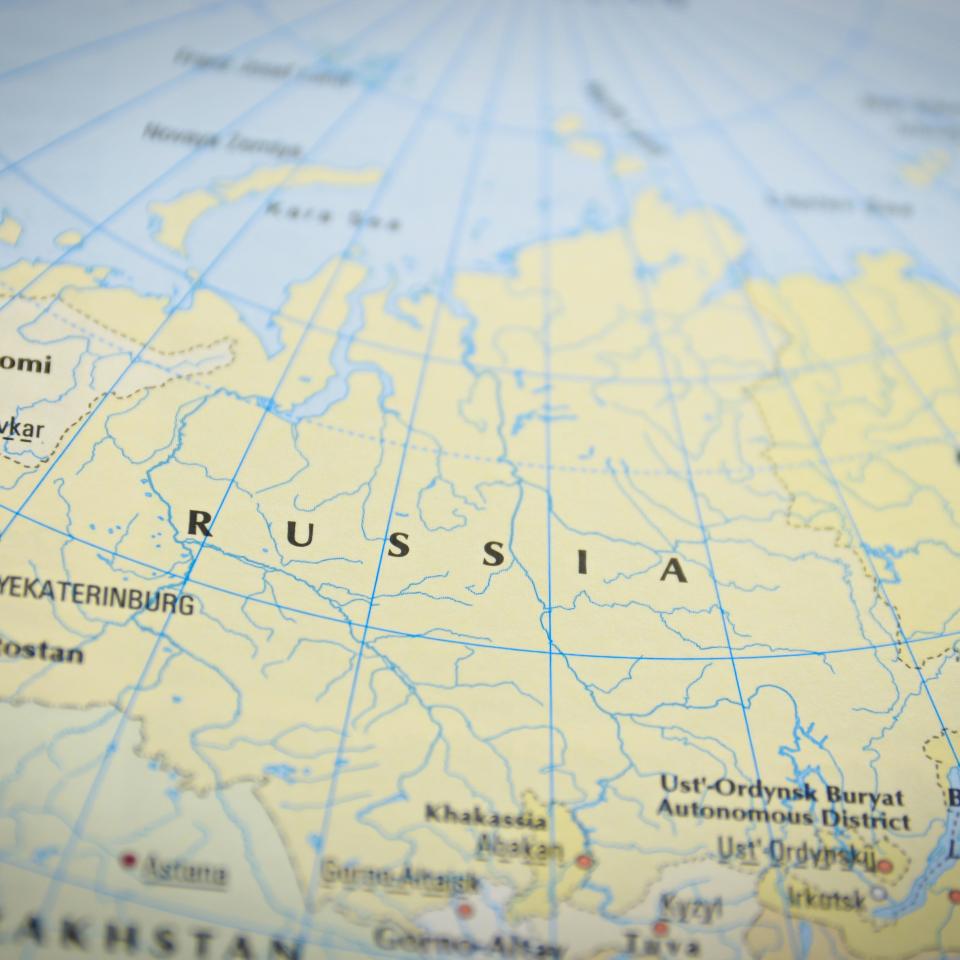 The Russian Federation is the largest country in the world, located on two continents – Europe and Asia. At 17,125,200 square kilometres, it covers more than one-eighth of the Earth's inhabited land area, and is the ninth most populous country, with over 144 million people as of March 2016. Its capital city is Moscow. Extending across the entirety of Northern Asia and much of Eastern Europe, Russia spans eleven time zones and incorporates a wide range of environments and landforms. It shares a 4,200km border with China.

Geography has a very strong influence on trade and road freight transport in Russia. The country’s main trading partners are located both in the East and in the West. In 2016, China accounted for 11% of total exports and 23% of imports, and the European Union 50% of exports and 41% of imports. While national services are used, Russia is still one of the most important TIR players in the region. The Russian Federation issued 136,842 TIR carnets in 2016 and 355,630 TIR operations were concluded that year (29% of all operations, which is the world’s largest share).

There are approximately 15,000 international road transport carriers (members of ASMAP) involved in operations between Russia and countries outside of the EAEU. More than 52% are small businesses (from 1 to 10 trucks), 34% medium enterprises (from 11 to 25 trucks), and 14% large companies (more than 26 trucks).

The total volume of road transport of goods between Russia and China was 2.4 million metric tonnes in 2016. The volume of international road transport through three of the busiest borders (Zabaikalsk-Cargo, Blagoveshensk, Poltavka) reached 75% in 2016 of the total volume. The duration of a truck trip is very short (1-3 days), but the depth of entry into the territory of each country for trucks is very limited and, usually, does not exceed several tens of kilometers. In border towns, such as Suifenhe, Dongin, Hunchun, and Manzhouli there are terminals and warehouses for Chinese goods to be reloaded onto Russian trucks – and vice versa.