Can you tell us about current trade agreements in Georgia?

The majority of Georgia’s trading partners are members of the World Trade Organization (WTO). So among the WTO member states, trade relations are regulated on the basis of “most favoured nation” principles. Georgia has a free trade regime with all Commonwealth of Independent States countries, as well as Turkey and the European Union.

Therefore, one of the top priorities for Georgia is the coordination of transport sectors, the modernisation/construction of transport infrastructure in accordance with bilateral and multilateral international agreements, the harmonisation of the country’s legislation with international law and its integration into the Trans-European Transport Network.

What about trade corridors and infrastructure?

The strategic location of Georgia in the South Caucasus offers huge potential for the Caucasus Transit Corridor. However, there are numerous bottlenecks that reduce competitiveness. Unreliable border crossing procedures are a problem. For example, the border crossing time on the Georgia/Azerbaijan border ranges from half a day, to a full day. Formalities for truck drivers' on the Georgian/Azerbaijan or Georgia/Turkey borders and limitations of border control point infrastructure contribute to increasing border-crossing time.

Overcoming these challenges will improve trade flow and lead to further regional growth. Central Asian countries have recently tried to address the challenges along the Caucasus Transit Corridor route, with the reduction in global oil prices prompting these countries to consider further economic diversification. There is therefore rising incentive for these countries to cooperate with each other to stimulate commerce and spur the flow of cargo.

With the increase of the volumes of Euro-Asian and intra-regional trade, alternative transport routes – sea and more direct overland routes – will be sought after. In this regard, Caucasus and Central Asia have significant transit potential as they not only connect Europe with China and other Asian countries, but the developing Asian markets among themselves, so the transport corridor may become the shortest and most competitive trade route in the region.

Can you give us your view on the likely impact of the Belt and Road Initiative and trade prospects with China?

"The implementation of TIR in China will definitely be a key boost to export/import turnover for both countries."

As China’s One Belt One Road (OBOR) initiative gains momentum, Europe’s special place within the strategy is ever significant. Europe features as the end point for both OBOR’s sea (Belt) and land (Road) routes as the ultimate market for Chinese goods.

The interest in OBOR is also being fuelled and shaped by competing political interests. National interest, sanctions, conflicts and instability have always influenced cargo flows, and OBOR is no different. The competing interests of the actors, large and small, are impacting development efforts in multiple countries.

The implementation of TIR in China will definitely be a key boost to export/import turnover for both countries.

How does TIR function in Georgia?

As customs charges requiring guarantee coverage increases, the most efficient instrument of such guarantees is the TIR system, which integrates customs, transport and information technologies.

Foreign transport operators use about 70,000 TIR carnets per year when crossing the territory of Georgia.

With international trade a key priority, the need for tools to simplify customs transit operations is highly pertinent. Therefore, the application of mechanisms to improve the processes at borders, is necessary. The use of TIR Carnets is primarily directed towards the simplification of international trade, and, meanwhile, reliably guarantees the reimbursement of possible damage to the state budget, caused by transport.

Are there specific trade agreements between Georgia and China?

"Georgia is the first country in the region to have a free trade agreement with China."

Free trade negotiations between Georgia and China were launched in 2015. The Memorandum of Free Trade Agreement was signed in October 2016 and after seven months the deal was finalised, which makes Georgia the first country in the region to have such an agreement with China.

The agreement has made high-quality market liberalisation commitments to the service departments, optimised trade rules and strengthened cooperation. A 9% increase of Georgian exports to China is predicted, the most important of which will be the increase of wine exports by 28.5%.

The implementation of TIR in China will definitely boost the increase of export/import turnover for both countries. As Georgia is on a major crossroads between Asia and Europe, we are looking forward to increasing our potential as a transit country through the use of regional and universal transit systems. As the TIR system is unique in its global application, we trust that it will further facilitate trade movements between our region and China and contribute positively in the implementation of FTA.

At a recent workshop in Batumi, there was support for using digital TIR capabilities. Can you tell us about that?

Georgia is supporting the introduction of a TIR information exchange system between Georgia, Ukraine, Azerbaijan and Kazakhstan and we have pledged to establish an e-TIR corridor. We are champions in the Caucasus region, and indeed the whole Post Soviet area, of the modernisation of the public sector, business and trade facilitation mechanisms.

Georgia is one of the leading countries in the effective use of information technology systems in the field of customs management. Therefore, we would like to make our contribution towards current TIR digitalisation projects carried out in the region and we are keen to participate in a new generation TIR system between east and west.

This intermodal, digital TIR project would showcase the swift solutions already available within TIR systems and IT tools, which will allow for a move towards paperless TIR solutions between the Black and Caspian seas towards the East.

IRU and UNECE drive transport digitalisation in the ECO region 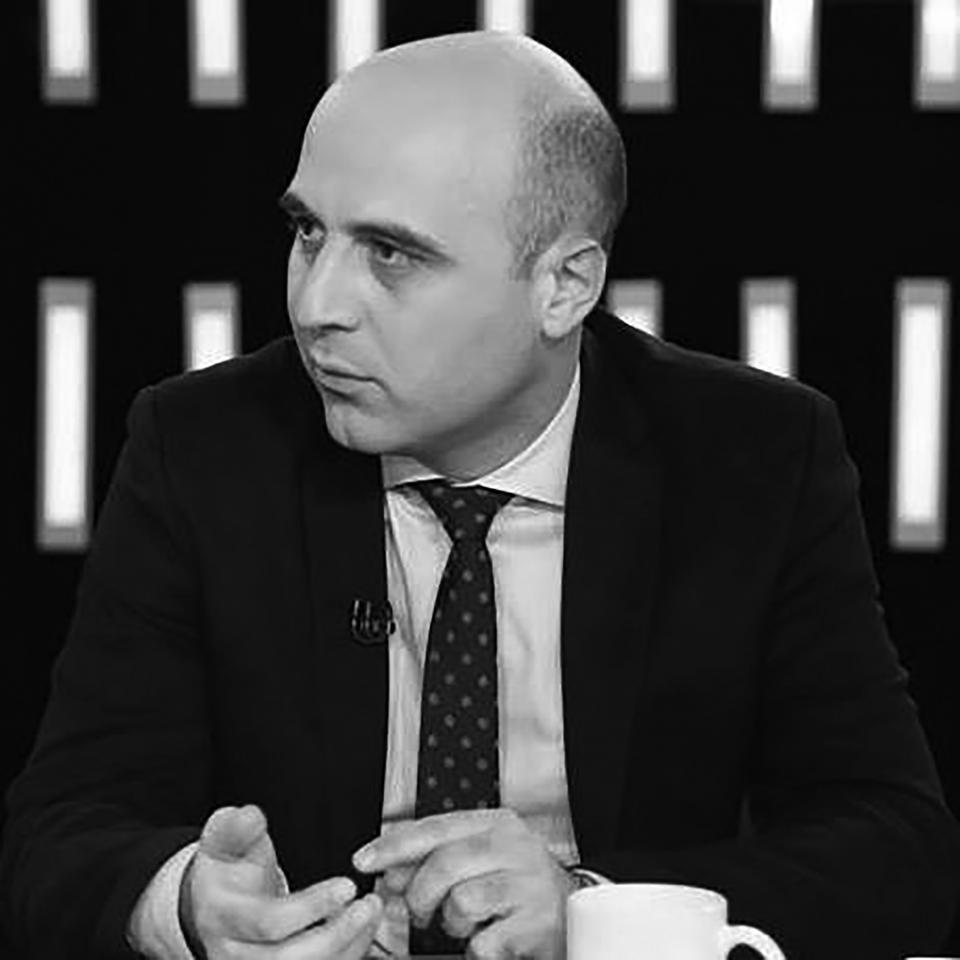 "The implementation of TIR in China will definitely boost the increase of export/import turnover for both countries. As Georgia is on a major crossroads between Asia and Europe, we are looking forward to increasing our potential as a transit county through… TIR usage."

With nearly 20 years’ experience in international relations, trade and transport, Mikheil Khmaladze is currently a director of Land Transport Agency under the Ministry of Economy and Sustainable Development of Georgia. The Land Transport Agency was created in 2011 to promote business, increase the flow of vehicles across Georgia’s borders, develop transport infrastructure and increase foreign investment. 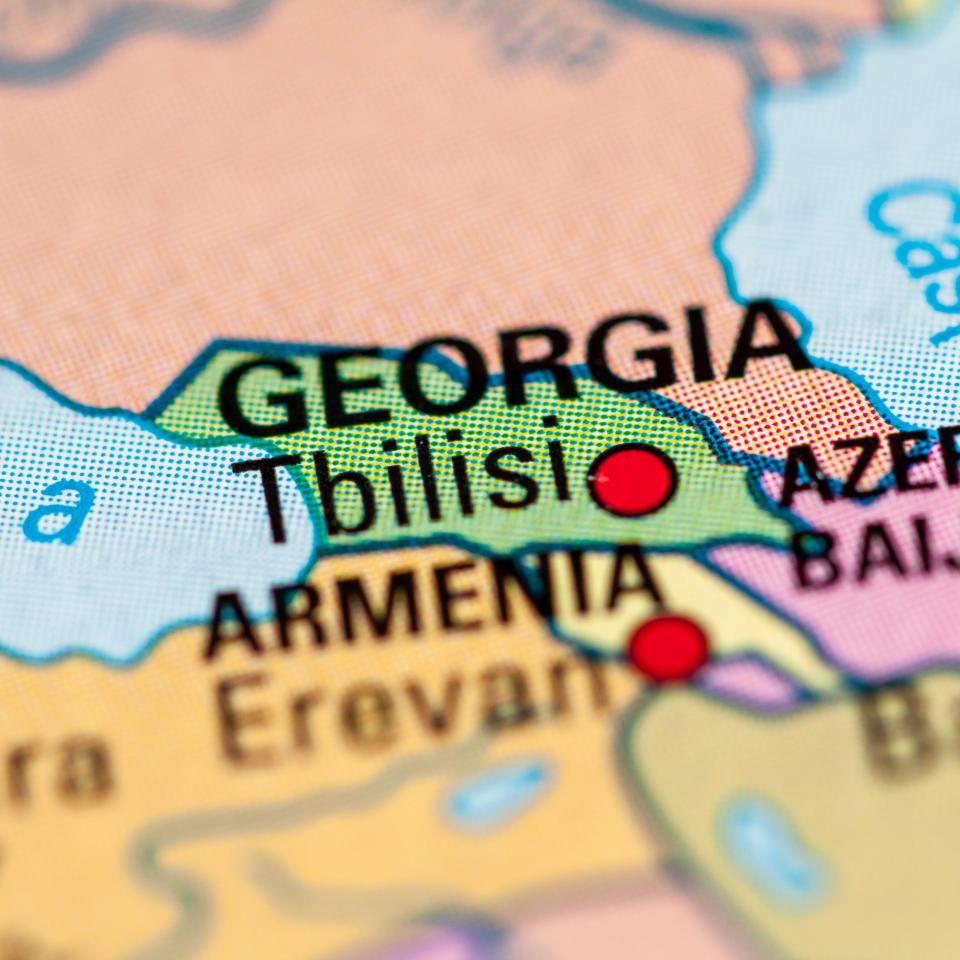 GEORGIA Located at the crossroads of Western Asia and Eastern Europe, Georgia is bounded to the west by the Black Sea, to the north by Russia, to the south by Turkey and Armenia, and to the southeast by Azerbaijan. The capital and largest city is Tbilisi.

Although not an immediate neighbour, Georgia’s strategic position on the ancient Silk Road trade routes – which are set to be refurbished through China’s Belt and Road initiative, means that China is a significant trading partner, with whom Georgia signed a free trade agreement last year.

Georgia is a member of the TIR system and issued 7,985 TIR carnets in 2016. The total number of international transport operators is over 2000 and 50% of these are involved in container transport operations.