The IRU report, “Transit costs in East and Southern Africa” clearly demonstrates how African countries implementing the TIR Convention can reduce the costs of trade in southern and eastern Africa by hundreds of dollars per container, thus saving billions of dollars and increasing GDP in African countries.

The report unequivocally concludes that the TIR system is the most cost effective transit bond method and could be deployed on all trade corridors in Africa.

“The results show that TIR is up to 16 times less expensive than the national bond system on the Walvis Bay-Ndola-Lubumbashi Corridor, and is also substantially more cost efficient on the three other African trade corridors in the study."

"Some of the world’s highest trade costs can be found in Africa and the world’s road transport organisation, IRU, is working to support governments and the private sector to reduce these costs."

TIR, the world’s only universal customs transit system and one of the most successful international transport conventions, has a big role to play in reducing the costs of trade. TIR makes border crossings faster, more secure and more efficient, reducing transport costs, and boosting trade and development.

The TIR Convention is gaining momentum with government authorities and businesses on African’s trade corridors. IRU is working closely with stakeholders in Kenya, Uganda, Tanzania, Zambia and Namibia to analyse the potential benefits of TIR and to work towards accession and implementation.

“Implementing TIR along the Walvis Bay Corridor could have a huge impact on reducing the cost of moving goods between the port and the hinterland. It makes total sense to be looking at implementing a trade facilitation solution that is already proven and successful.”

“TIR fits with Namibia’s vision to become a logistics hub for Southern Africa and we are really keen to see concrete steps taken towards implementation in the region” he added.

The IRU report provides detailed cost comparisons between the three different methods of acquiring guarantees for goods in transit to meet the requirements of the different revenue authorities. TIR is the most harmonised system that reduces transit costs and time, reduces documentation and simplifies the clearing process. 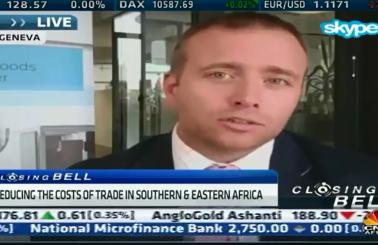