Kyrgyz Republic – a land-linked nation on the ancient Silk Road

Azamat Talapbekovich Sulaymanov, Chairman of the State Customs Service (SCS) under the Government of the Kyrgyz Republic, talks to IRU about current trade issues and his views on China’s accession to TIR.

Overview of the transport industry in Kyrgyzstan

Transport in Kyrgyzstan is severely constrained by the country's alpine topography. Roads snake up steep valleys, cross passes of 3,000 metres altitude and more, and are subject to frequent mudslides and snow avalanches. Winter travel is close to impossible in many of the more remote and high-altitude regions.

With support from development banks and investments from China, projects to construct and rehabilitate roads and railways have been undertaken.

Major international road transport and transit corridors to China are the Bishkek-Naryn-Turugart-Kashghar and Osh-Sary Tash-Irkeshtam-Kashghar.

Another important motorway is the Bishkek-Jalal Abad-Osh, also known as “North-South”. It is a priority for Kyrgyzstan as it facilitates transport connectivity between the two main regions of Bishkek and Osh and is a part of longer transit corridor from Tajikistan to Russia via Kyrgyzstan and Kazakhstan.

A milestone first pilot truck caravan to test the overland trade route from Uzbekistan through Kyrgyzstan to China was recently organised by the three transport ministries and supported by IRU. Setting off on 30 October 2017, the caravan travelled along a route from Tashkent-Andizhan-Osh-Irkeshtam and arrived in Kashghar, completing the distance of about 950 km, including 260 km on the territory of Kyrgyzstan (Osh-Irkeshtam). The journey highlighted 20% potential savings compared to the much longer rail route.

Can you tell us about the TIR system in Kyrgyztan?

The TIR system is fully operational in the Kyrgyz territory – Kyrgyztan acceded to TIR in 1997. The system is currently one of the most effective international transport conventions and is the only global customs transit system.

In Kyrgyztan more than 90% of freight movements are by road.

International freight movements connect the country with the global community, serving as the basis for securing foreign trade links and facilitating the country’s integration into the global economic system.

In the light of the above, and given that the Kyrgyz Republic has no access to the sea, the TIR Convention plays a major role in developing the transit potential of the country within the international logistics environment.

The TIR Convention plays a major role in developing the transit potential of the country within the international logistics environment.

Are you taking advantage of TIR’s digital capabilities?

We have taken practical steps to develop the TIR system in Kyrgyzstan. On 10 October 2012, a Memorandum of Understanding was signed between the SCS, the Association of the International Road Transport Operators of the Kyrgyz Republic, and IRU, for trilateral cooperation on the use of TIR IT tools: SafeTIR and TIR-EPD technology.

The SafeTIR and TIR-EPD systems were successfully introduced into the SCS Unified Automated Information System in 2013 and 2014 respectively.

With the implementation of these TIR IT tools came an... enhancement of the safety and reliability of TIR operations.

With the implementation of these TIR IT tools came an improvement in the quality of customs administration and a reduction in the time taken for the customs clearance of goods and vehicles at the border, and an enhancement of the safety and reliability of TIR operations.

The automated customs systems were then able to assess potential risks in advance on the basis of preliminary information. With the entry of the Kyrgyz Republic to the Eurasian Economic Union, the Unified Automated Information System underwent some modernisation, a process which caused the operation of the SafeTIR and TIR-EPD systems to be suspended temporarily.

Once the necessary work to restore the SafeTIR system had been carried out, in December 2016 the SCS successfully relaunched all the relevant Real Time SafeTIR system modules. Plans are also underway to update the operation of the TIR-EPD system in the near future, as well as work to further digitalise TIR.

Cooperation between the customs service of the Kyrgyz Republic and that of China is based on a 1994 Agreement and a 2004 Memorandum of Understanding on shared information on foreign trade statistics. In addition, there is a 2003 agreement between Kyrgyztan, Pakistan and China on transit traffic.

Which borders are used most frequently?

A 2007 resolution identified an approved list of crossing points, which includes Torugart and Irkeshtam on the 1084.25 km long border between the Kyrgyz Republic and China. Torugart is in the Naryn Region, At-Bashyn District, which is approximately 500km from Bishkek on the Kashgar road (linking Kyrgyztan to China). Irkeshtam is in the Osh Region, Alay District, 4 km East of the village of Nur.

Once goods cross these customs borders, imports are delivered by the transport operator to the arrival locations and presented to the customs authority. During this process, the condition of the goods may not be altered or their packaging disturbed, and no seals, stamps or other means of identification may be changed, removed, destroyed or damaged. The transport operator, customs representative or other interested party has the right to provide the customs authority with preliminary information about the goods before their actual arrival in the customs territory of the Customs Union. In the Kyrgyz Republic, the transport operator must provide preliminary information.

What is the average waiting time at these borders?

The 2007 resolution on approved crossing points stipulates that the maximum time for customs and border controls of import/export of goods and vehicles into and out of the territory of the Kyrgyz Republic must not exceed one hour.

A “time release study” will be undertaken in the near future. Using World Customs Organization methodology, the time spent by authorities carrying out controls at borders will be determined, in order to improve and refine existing procedures.

Tell us about trade between your country and China.

Given that China plays a major role in the trade turnover of the Kyrgyz Republic...

...we hope that the accession of China to the TIR Convention will open up new opportunities...

...to make freight shipments more efficient, thereby stimulating regional development and securing growth in foreign trade and in the economy as a whole.

Eurasian economic forum says transport must digitalise to be sustainable 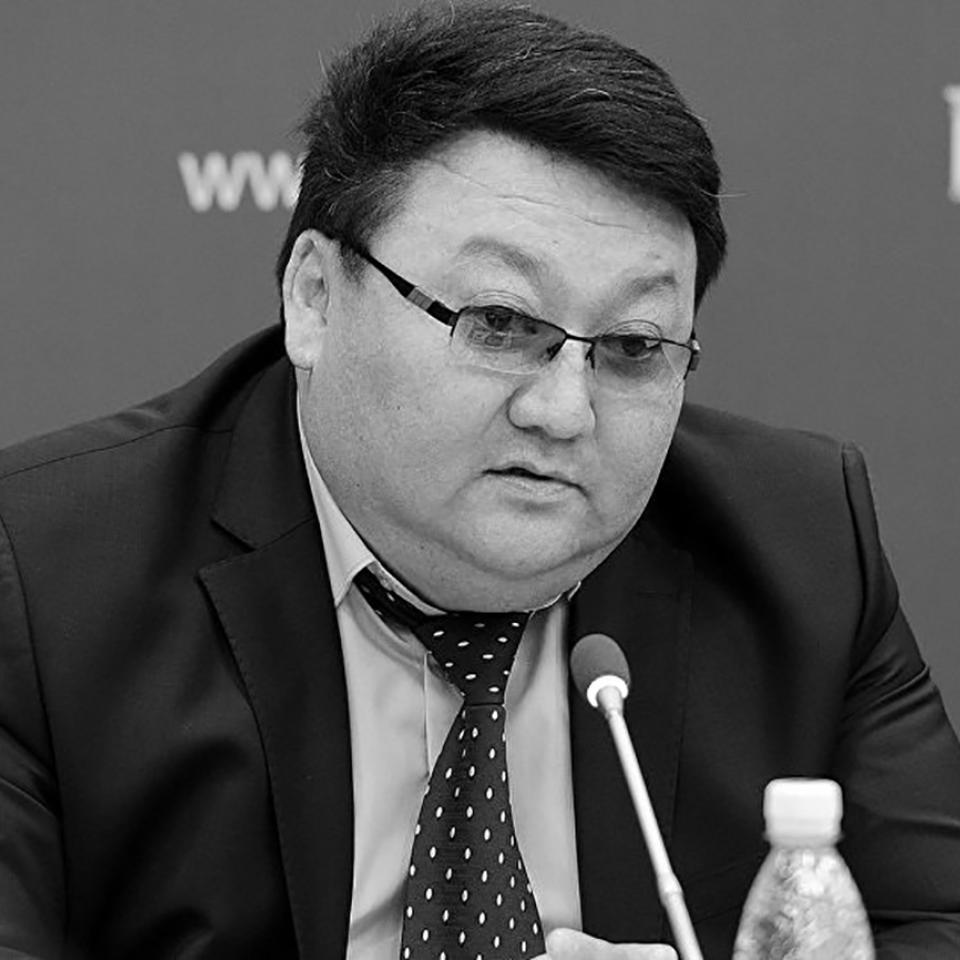 “In view of the fact that the Kyrgyz Republic has no access to the sea, applying the TIR Convention plays a major role in developing the transit potential of the country within the international logistics environment.”

With a background in engineering and extensive experience of regulation in customs-related environments, Mr Sulaymanov brings profound insight into Kyrgyz Republic trade and border issues. He is currently Chairman of the State Customs Service under the Government of the Kyrgyz Republic, with more than a decade of experience in the field.

He also contributed as a customs service expert to the World Bank 2009 and 2010 Business Report on Kyrgyzstan. 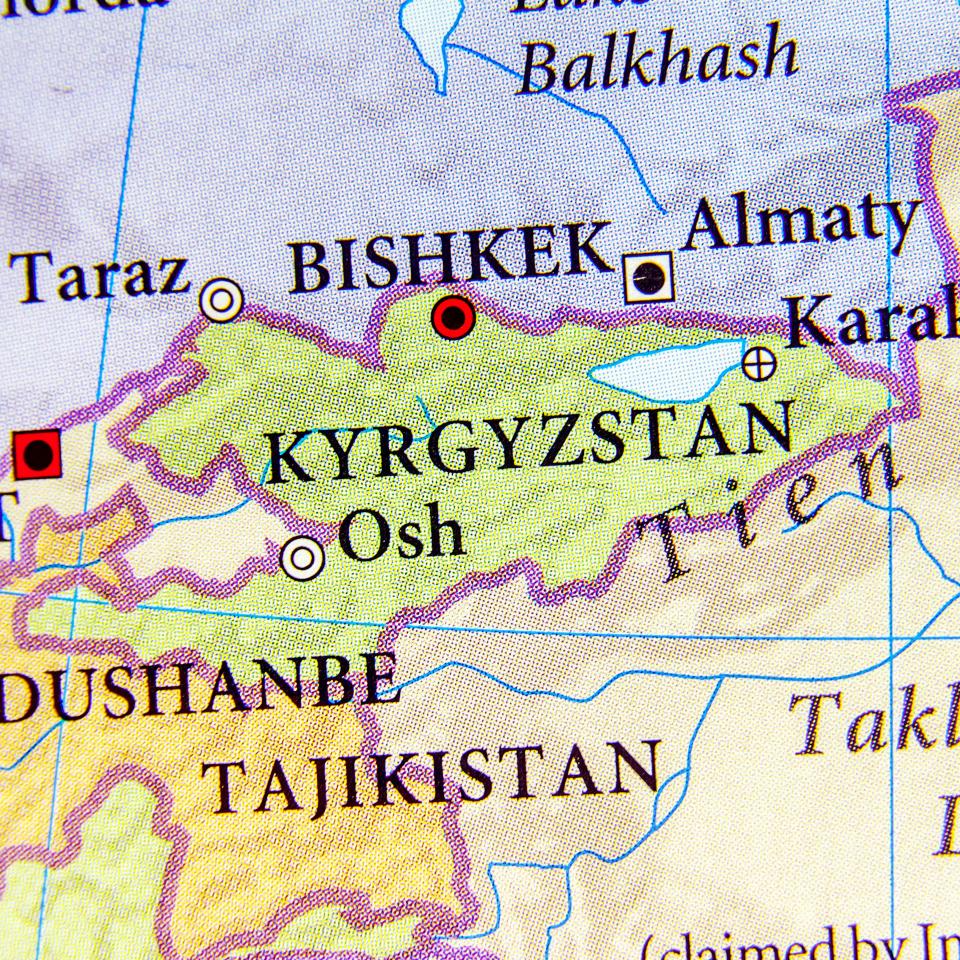 KYRGYZSTAN is a landlocked, mountainous country in Central Asia. It is bordered by Kazakhstan to the north, Uzbekistan to the west and southwest, Tajikistan to the southwest and China to the east. Its capital and the largest city is Bishkek. Due to its geographical location, Kyrgyzstan was historically at the crossroads of several great civilizations along the ancient Silk Road.

IRU’s Kyrgyz member, AIRTO KR, currently has 75 member transport operators who are active TIR users that operate a total fleet of around 1,000 vehicles.