Promoting a unified market for the Bangladesh, Bhutan, India and Nepal region (BBIN), Jaipur-based CUTS International (Consumer Unity and Trust Society), in partnership with IRU, today launches a study on the benefits of a multi-lateral transit system – like the globally applicable TIR – on trade across the region.

Paired with India’s inauguration of its TIR steering committee today, the study reinforces growing endorsement across the region of TIR’s potential to benefit economic growth and sustainable development via a robust global framework of road transport services.

Bipul Chatterjee, Executive Director of CUTS International, says,
“Given the significance of TIR in boosting regional connectivity, and India’s decision to accede to the TIR Convention, there is a compelling case for our neighbours to opt for TIR.”

Analysing the BBIN’s capacity to grow a significant trade network, the report highlights procedural as well as infrastructural barriers to the efficient movement of vehicles across borders. Customs clearance procedures between India and Bangladesh, for example, can require 22 documents, 55 signatures and a dozen photocopies – with the formats and standards varying significantly.

Yet recent progress with various unilateral, bilateral, regional and multilateral arrangements is improving connectivity between the four countries. Notably the 2015 Motor Vehicles Agreement is a milestone in improved trade facilitation, promoting investment linkages among these countries.

In order for the MVA to be effectively implemented, however, a streamlined transit system operating among the four countries and also connecting the BBIN region to other world markets, is essential.

Senior Adviser on TIR and Trade Facilitation, Kazem Asayesh, comments,
“The implementation of the TIR system in the BBIN countries would promote the standardisation of documents and procedures across the whole region, facilitating transport, transit and trade. This would immediately unblock some key barriers to growth and lead to regional integration.”

The study concludes that TIR is the ideal, tried and tested, customs transit tool to realise the ambitions of the BBIN Motor Vehicles Agreement, to promote regional and inter-regional trade flow.

The critical role of road transport in transforming economies and the necessary impetus that international trade facilitation conventions, like TIR, can offer in this endeavour, is in clear focus. 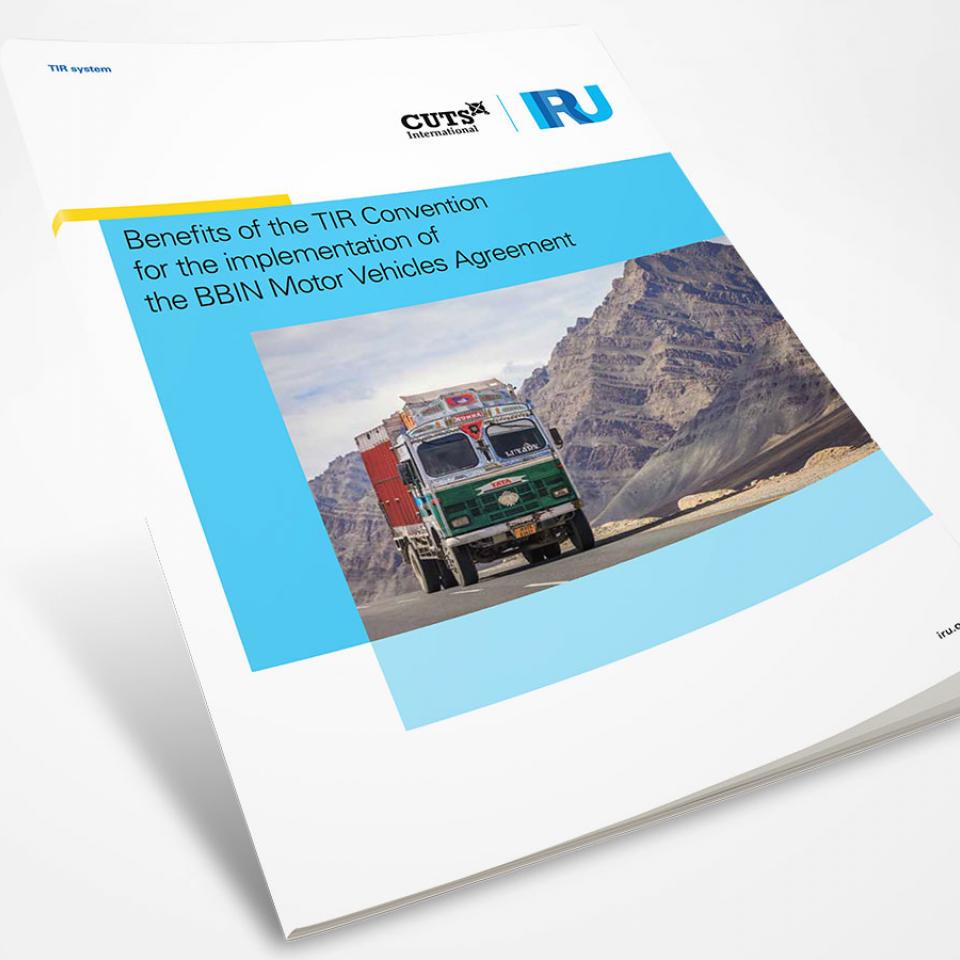 Read the press release in